By World Champion CENTERPIECE and out of the World Champion Mare, WIDE EYED INNOCENCE, now a Broodmare Hall of Fame Inductee, this thrilling stallion had a long and successful show career as a pleasure driving horse in the open, amateur and masters divisions. He also was shown very limitedly under saddle with great results there as well.

Between his busy show seasons, he had a very limited breeding career. with less than a dozen foals on the ground, he sired the many time champion Aerie Meadow Contessa CH and World Champion Leviticus.

His dam is a full sister to the phenomenal sire of World Champions, DBA STREET TALK. He is a full brother to ANALYZE THAT and EVENING ATTIRE, neither of who are still with us. He is a maternal brother to CLAYHILL AFFIRMATIVE GCH, and World Champion Mares FLAWLESS and DECADENCE.

A double grandson of the great sire and World Champion Park horse, SERENITY MASTERPIECE, he is now available to the public via frozen semen at a very reasonable fee. Take advantage of our foresight in freezing this accomplished horse and you can enjoy a foal by FRF Exodus in the future! 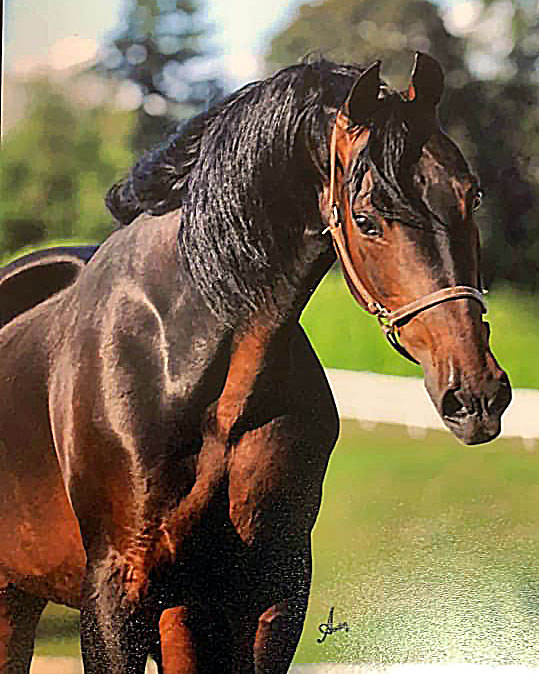 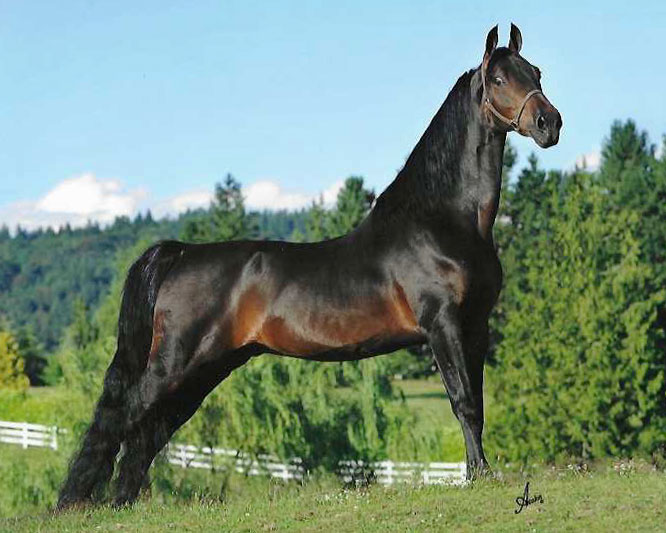 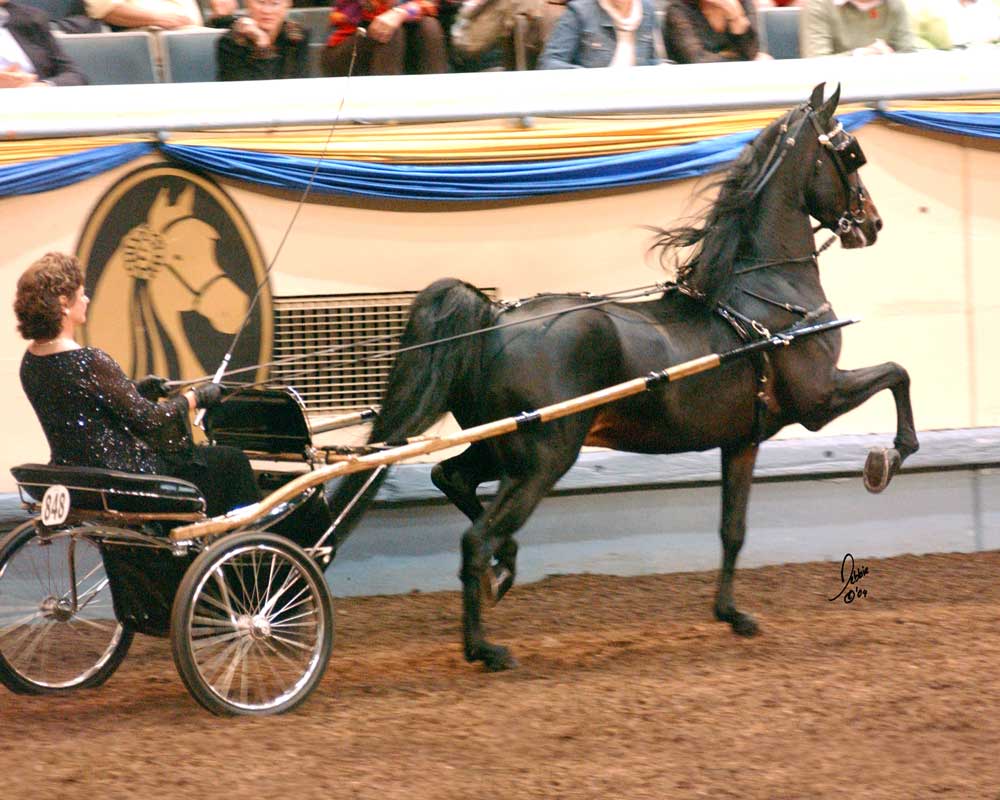 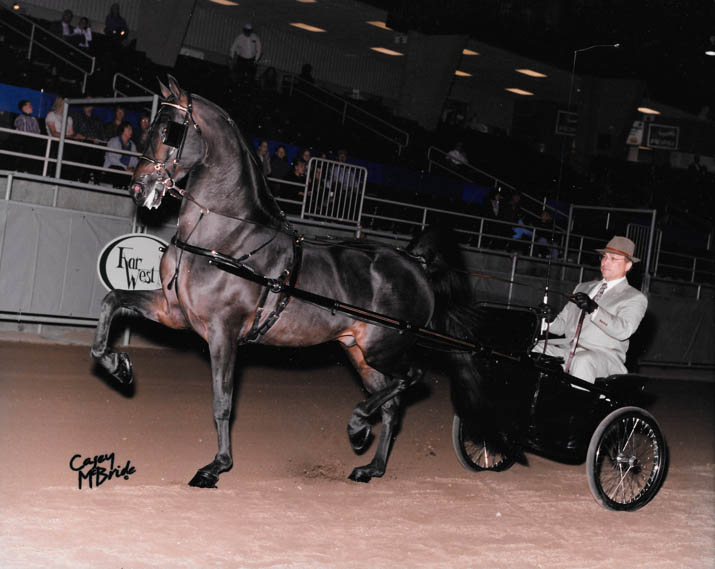 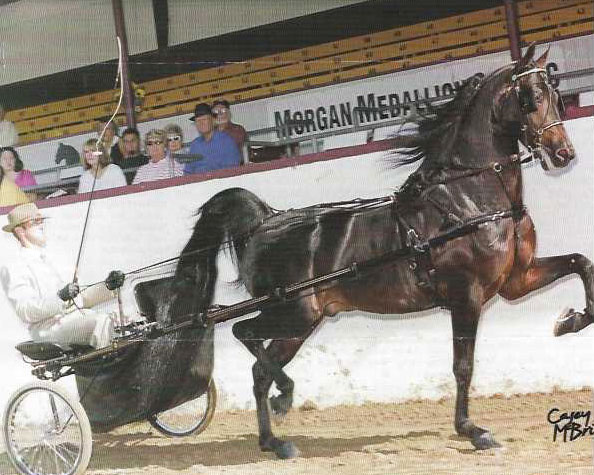 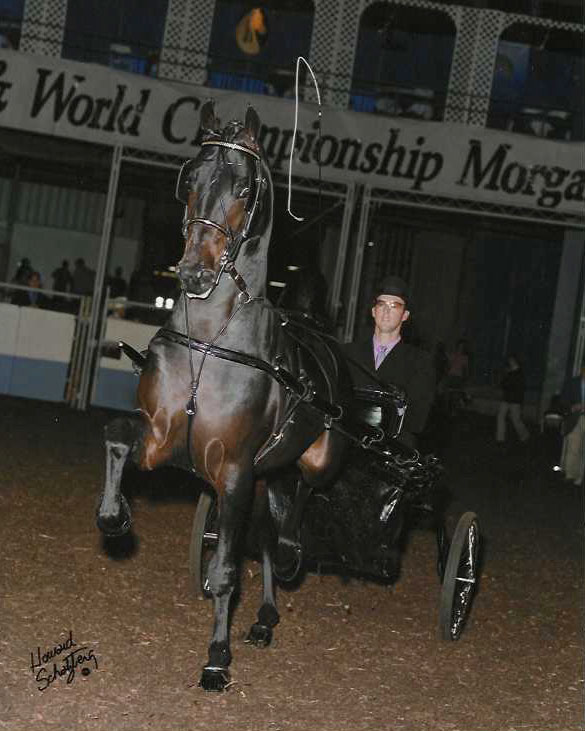 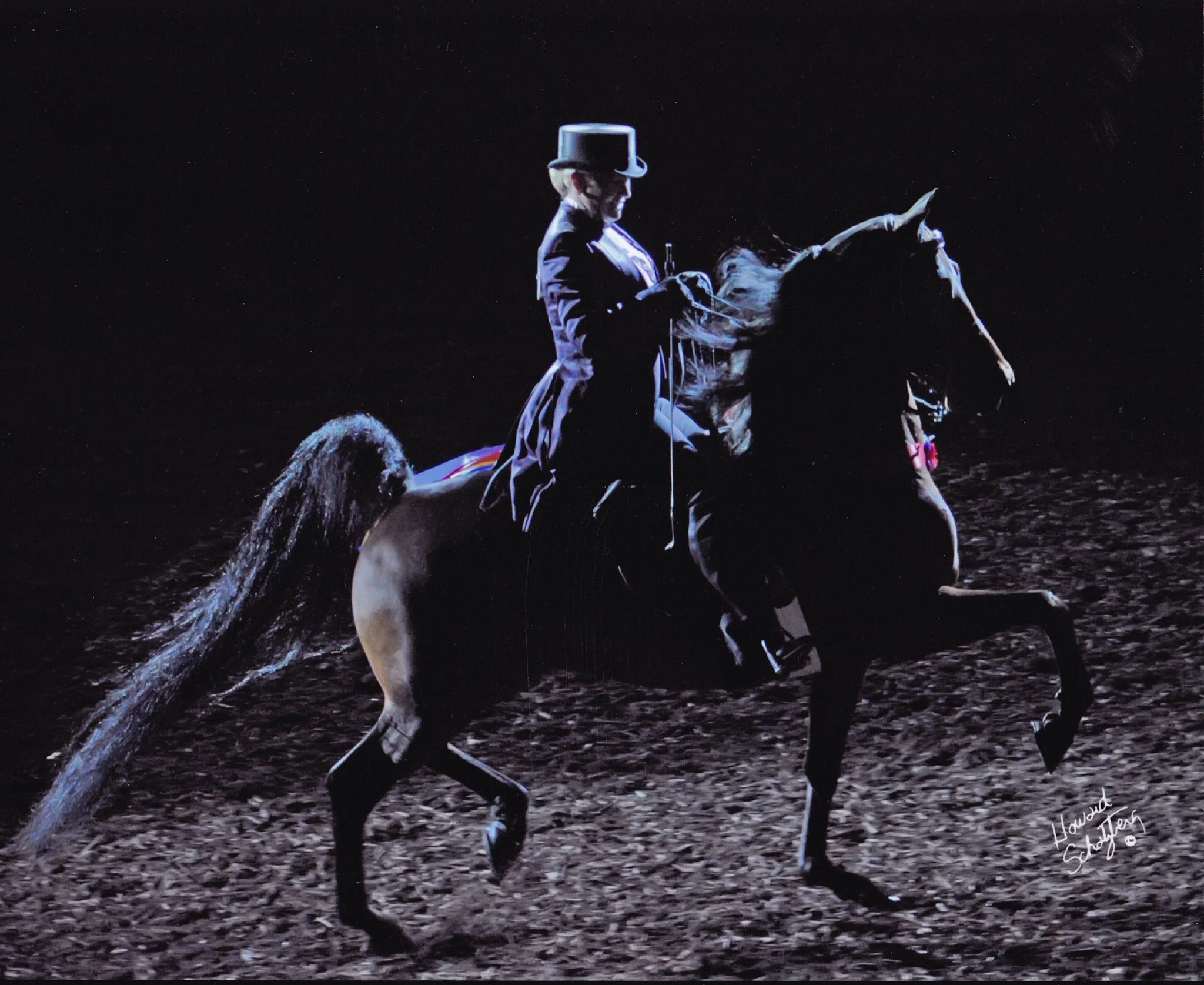 Out of BMF Kristen 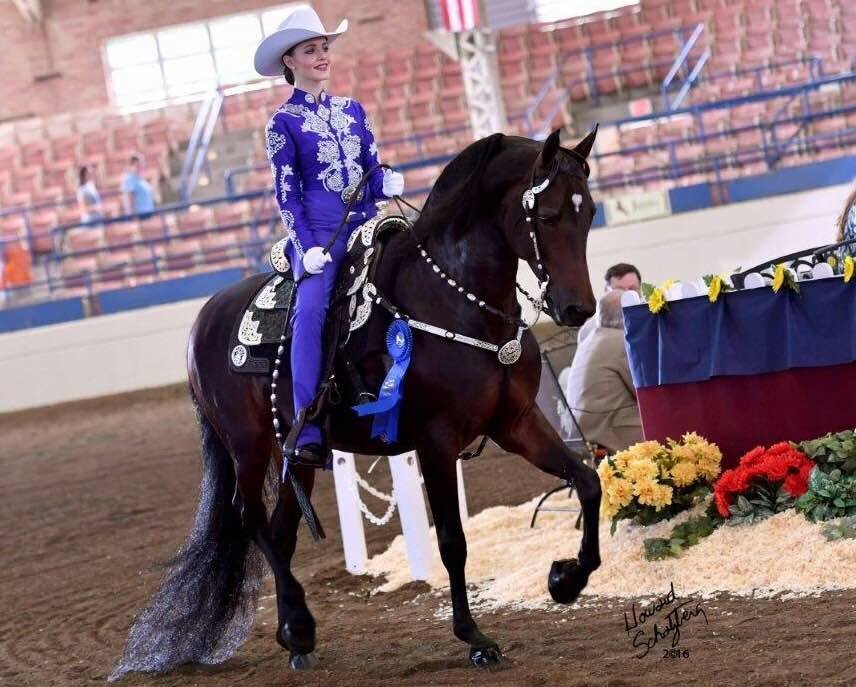